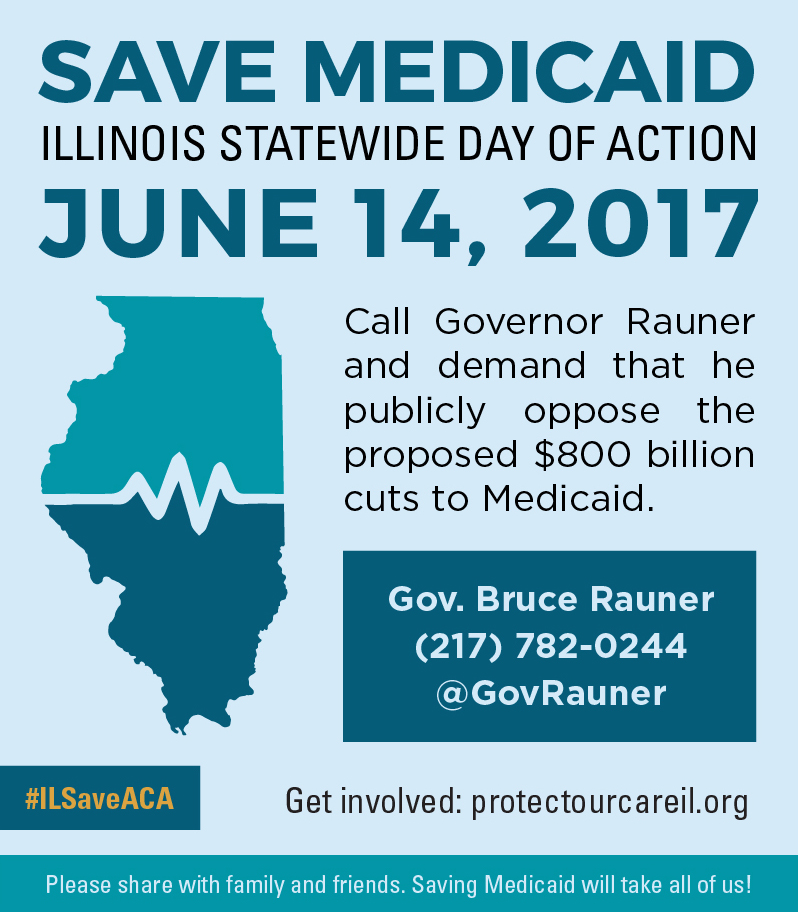 Senate Republicans are working behind closed doors on their version of the American Health Care Act (AHCA). Like the House bill, the “revamped” AHCA would throw millions off of health care and gut Medicaid, harming older Americans, kids and their families, people with disabilities, and those seeking treatment for substance use disorders.

Also, like the House, Senate leadership is doing all they can to rush this secret plan to repeal the Affordable Care Act onto the Senate floor. No committee hearings, no public debate and no expert testimony will take place before this extremely unpopular bill is likely to get a vote in the U.S. Senate in the next few weeks.

Illinois will be among those hit the hardest by the Medicaid cuts. Because of our state’s historically low spending on Medicaid enrollees, putting a cap on our federal funding is an especially bad deal for Illinois. If the Medicaid per capita cap went into effect, Illinois would have to find savings in our program to make up for the loss of funding. This means:

Please take time today, June 14, to join advocates across the country to help us stop this! Here are three things you can do!