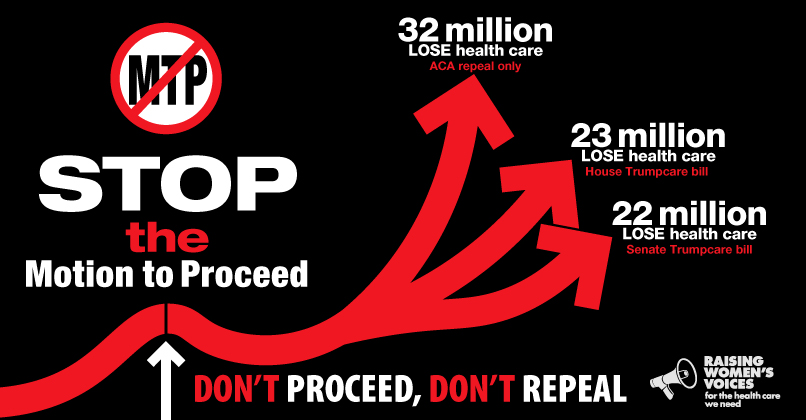 Today, Senate Republicans will vote on a motion to proceed on a health care bill.

With just a few hours until the vote, we still do not know exactly what they will vote on. One thing is certain—they will strip health insurance from 22 to 32 million people, destroy insurance markets, gut Medicaid, and give massive tax cuts to the wealthy.

Protect Our Care Illinois stands with the citizens and activists across the state who refuse to accept this deadly proposal. If the motion to proceed succeeds today people will take to the streets across Illinois at 5pm to protest repealing the ACA and cutting Medicaid. The fight is not over and we will not let this go quietly. JOIN US!

If you can’t get to one of these rallies, grab a few allies, go where you can and share pictures using #ilsaveaca on Facebook and Twitter!

You can also join this Indivisible Phone Bank to call voters in crucial swing states (West Virginia-Capito & Ohio-Portman) and urge them to call on their Senators to kill the bill.